This tutorial is compatible with hapi v17 and newer

Hapi is designed for creating robust, testable applications. To this end, Hapi includes the ability to test routes without having to actually start a server, completely avoiding the time overheads and added complexity of the TCP protocol.

This tutorial goes into a basic setup for testing routes, and outlines one possible setup for a testable application using lab and code.

lab is a simple test utility for Node.js. Unlike other test utilities, lab uses only async/await features and includes everything you should expect from a modern Node.js test utility. lab works with any assertion library that throws an error when a condition isn't met. For this tutorial, you will be using the code assertion library.

To install lab, type the following in your terminal:

To install code, type the following in your terminal:

Taking the server example from the Getting Started tutorial, we make a minor modification to it, such that it doesn't automatically start when referenced from our tests. You might call this file server.js and place it in the lib directory of your project:

What you've created here is a way of starting the server normally by calling its start function in our entry-point, and exposing a port for external HTTP traffic, but you've also got a module which doesn't do anything by default, which you can use in our tests.

In this example you'll use lab, but the same method can be used for any testing tool such as Mocha, Jest, Tap, Ava etc.

By default, lab loads all the '*.js' files inside the local test directory and executes the tests found. To use different directories or files, pass the file or directories as arguments:

To get started, create a file called example.test.js in the test directory:

Here you are testing whether or not our 'GET' route will respond with a 200 status code. You first call describe() to provide the structure of your test. describe() takes two parameters, a description of the test, and the function that will setup the test.

Note that you call init rather than start to set up the server, which means that the server starts, but does not listen on a socket. After each test you call stop to cleanup and stop the server.

The it() function is what will run your test. it() takes two parameters, a description of a successful test, and a function to run the test.

You will note the use of inject on the server. inject uses Shot to inject a request directly into hapi's route handler. This is the magic which allows us to test HTTP methods.

To run the tests, you can modify the package.json of your project to run your test runner: 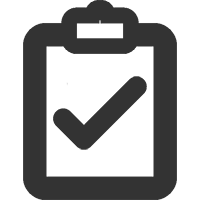